Ride For The Orcas 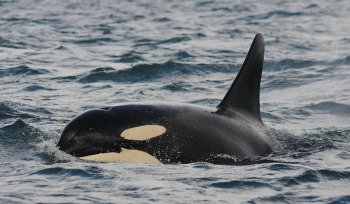 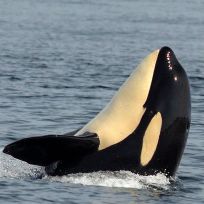 Walking down the dock, all I could think about was how excited I was. That day I was going to see my favorite animal-orcas. We knew the Southern Resident killer whales were in the area, so my family and I set out on my grandfather’s boat- The Water Runner. Leaving Fisherman’s Bay, I imagined seeing the beautiful orcas as the boat speed up and I got a taste of the salty air. With the wind in my hair, I knew this would be a day to remember.

As we passed Shark Reef on Lopez Island, we heard and saw the playful seals along the rocks. Some were sunbathing, while others joyfully splashed about the heavy current. This glimpse of the beautiful sea life excited me more for the upcoming orca sighting.

Having passed the seals we sped up the boat and sailed over the beautiful Salish Sea waves. We rounded the lighthouse at the southern end of San Juan Island, and I saw the pathway along the side of the island that led to Lime Kiln Point. My thoughts drifted again to what it would be like when I saw the magnificent orcas. I even dared myself to think that I could also have the chance to catch a glimpse of my beloved adopted orca. His name was Cookie J38, which means he was the 38th documented member of J pod. J pod, along with K and L, are the three pods that made up the Southern Resident community of killer whales. For me, it would be a dream come true if I could see Cookie.

I was knocked out of my thoughts as Water Runner lurched to a stop. I sat up and looked around at the glistening water. Then off in the distance I heard a puff of air and a crowd on the shore gasp. Looking around, I realized we had arrived at Lime Kiln State Park, one of the orcas favorite locations in the San Juan Islands.

Again, I heard a puff of air, but this time I was able to glimpse the magnificent creature who had surfaced. The orca’s silky back and dorsal fin gracefully glided along the surface of the ocean. The sun was out, and the water was perfectly calm-a perfect day for whale watching. And soon enough we were surrounded by orcas of every size, but each one stunningly beautiful.

I was entranced. Every time an orca surfaced I was reminded why I love orcas. They are so beautiful in the wild and it was a blessing to see them that day. All around me there were orcas, and i realized there were orcas from all three pods there. It was as if they were all having their own little party in the sea. They would jump and surface right next to the boat.

We watched the whales for hours, until we reluctantly had to go home. As we sped away I watched the magnificent creatures fade into the horizon. Although I did not specifically see Cookie, I still enjoyed seeing the orcas.

Although these creatures are amazing, they are very endangered. In the 1970s and 80s, the Southern Resident Killer Whales were fiercely hunted down to be put into captivity. Many died during this traumatic experience, and if they lived to be transported to an aquarium, many got sick and depressed. Still today, orcas are trapped in captivity. This harmful encounter with humans significantly reduced the population of orcas in Puget Sound.

Orcas have also decreased in numbers in the last few decades due to pollution and global warming. Evil toxins build up in the animal’s body and eventually poison and kill them. Pollution and global warming have also had a negative effect on the orca’s food source. The Southern Resident Killer Whales are very picky and only eat salmon. In particular, Chinook (King) salmon. Due to pollution, human interaction, and human development, the salmon population in the Pacific Northwest has significantly decreased. And without food to feed the orcas, the marine mammals struggle to find enough food to survive.

Because of my amazing experiences with these beloved orcas, it is my goal in life to protect and save them. That’s why this summer (summer of 2017), I am going to ride a tandem bicycle across the United States of America with my dad. We will update our blog daily about the amazing experiences we encounter on our trip. Along the way, we are going to raise money to protect the endangered orca population in the Salish Sea. Please donate to save this jeopardized species. The money raised will be donated to an organization dedicated to saving orcas. Every bit counts, so please support our cause!

We are donating towards The Orca Network
Donate via our CrowdWise

For more information about orcas, salmon, and the puget sound: Raising Money for the Orca Network

Arrival in Green Harbor, south of BostonAugust 25th, 2017
The big day is here.